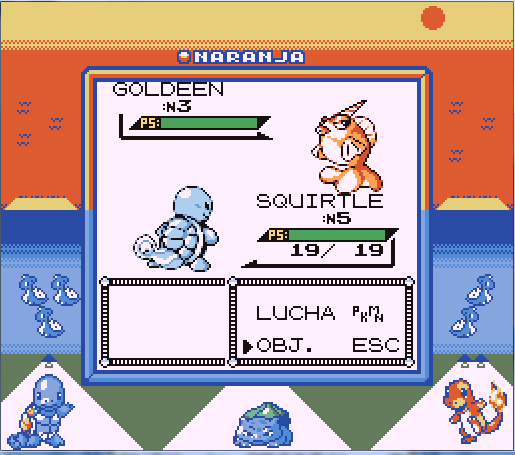 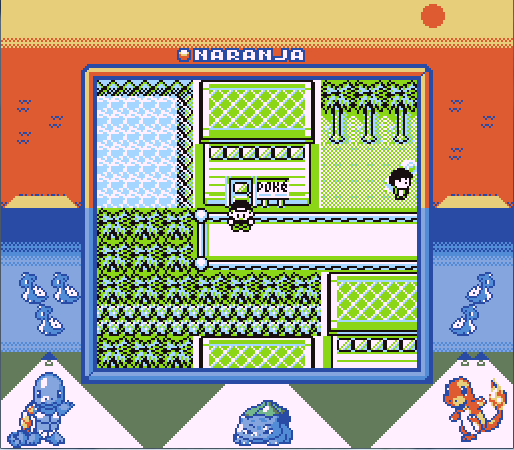 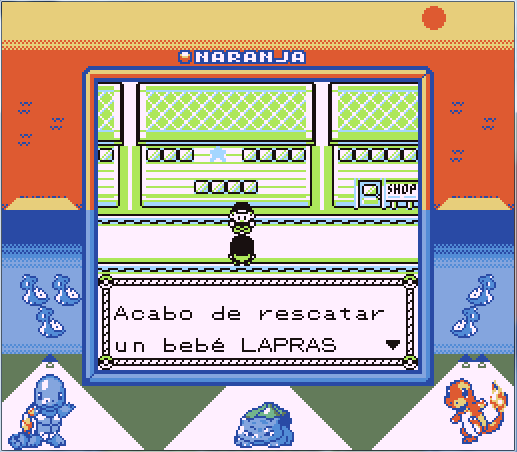 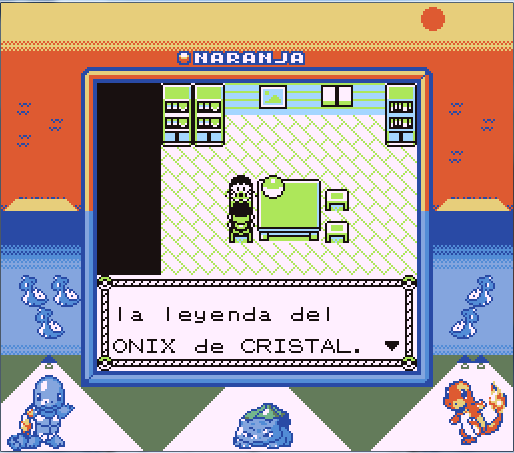 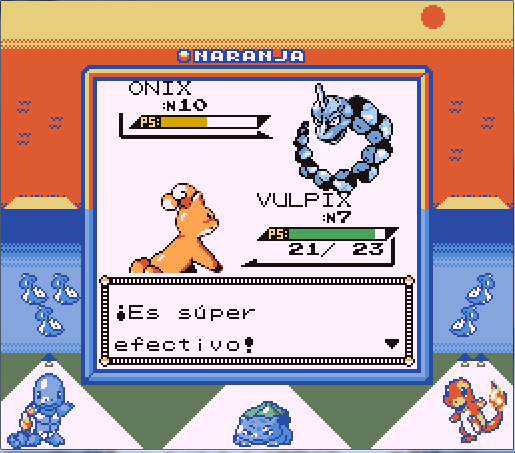 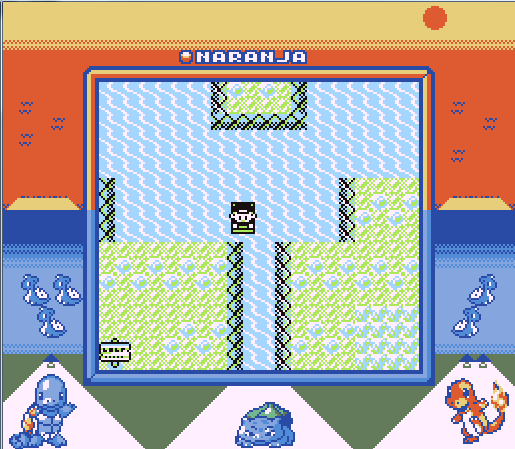 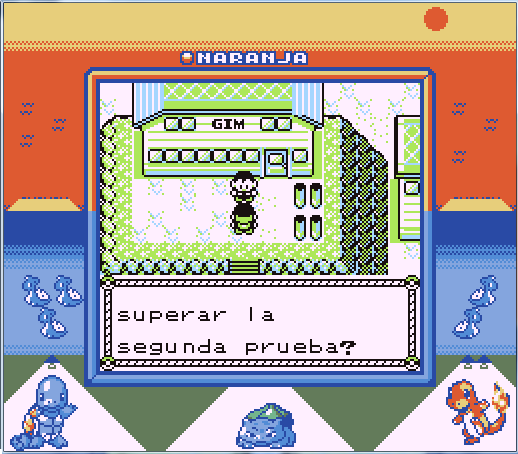 
Why not in English?

Although I know the fact that if the hack were in English it would reach a greater number of people, my skills are not developed enough to offer a quality product in English. I wouldn’t want the hack to be known memetically for its "bad English" or something similar.

Anyway, if there is enough interest, I am open to working on a translation (either to English or to other languages), providing the text files to be translated.

Thank you very much in advance and please understand!

The idea of the project is already well known; to fill the void left by not having a playable version of the Orange Islands. In this particular case, it occurred to me to imagine what it would have been like if (as claimed by the school hall rumors of the time) a Pokemon Orange had existed at the time of the anime season's broadcast.

- Mainly, the setting, the region and the characters come from the anime. The idea is not to make a 1:1 adaptation but to keep the essentials, also taking into account the limitations of the GB. It was sought to make a sort of parallelism with what would be the official games compared to the seasons based on them, that being said following the same guidelines but each with its own qualities.

- Second, the first attempt to make a hack featuring this region was d.Tyler's Pokémon OIA back in 2000. Nowadays it is difficult to go back to it, since it lacks practically all the advances of romhacking through the years, and it's riddled with glitches and jumps in difficulty, but it's still a pioneering hack, perhaps the first of its kind. In general, this project is an update of that one, thanks to the possibilities presented by the disassembly of the original Red/Blue. Features such as graphics, the use of the surfboard to move between the islands or the early game with the GS ball emerge directly from there.

- Finally, a project like this cannot be thought of without referring to Serg!o's work. The perception we have of the Islands is influenced by having played the original Pokemon Naranja, therefore, throughout the game references to places or "quests" of this endearing hack will appear.

In recent years, new leaked content has gradually come to light. Beta versions, sprites, maps, resources, code, and even ready-to-launch games! Among this material, researchers have found a test version of a hitherto unknown game, dated to the beginning of 1999, when the franchise was on the crest of the wave. The most shocking thing is that this edition is completely translated into Spanish! Does this mean that it was very close to being released? Will the other versions exist? Perhaps over time we will see new material emerge about this unknown piece called: Pokémon Edición Naranja.

(Disclaimer: this story is totally fictitious, if there is any resemblance to reality it is purely coincidental.)

Note: The approach of the hack is to think of it as possible having appeared in 99, therefore the features are planned around this.

- The Orange Islands region: Some islands faithfully based on the anime and others original or based on other iconic hacks.

- Four official anime medals and four non-compulsory medals that allow access to other quests. (In this first beta only 2 official and 1 elective are available)

- Fixed some bugs in the original base (focus energy, double paralysis / burn, hall of fame corruption, Missingno on the right bank, Glitch City).

- Some new classes of trainers: Also, the originals use more items, etc.

- More options to assemble your team at the beginning of the game: Now you can not only choose between Pidgey, Caterpie and Rattata.

Planned for the future:

- New Pokémon and movements: Being considered Pokémon of the time like Marrill or Togepi.

- Skirmishes with Team Rocket and other antagonists.

- Capture of Legendary Pokémon similar to the first movies.

Features that will not be included:

- Pokémon and mechanics of new generations: More than anything to respect the approach. These include: sp.att. / sp.def. and physical / special split, new types, automatic use of TMs, day / night implementation, abilities, natures, EVs, reusable TMs, removal of HMs, decapitalization, etc. It is up to you to give the hack a chance or not taking this into account.

- New Music: My musical skills are even less developed than the artistic ones, therefore the original music will be used. (Anyway with speed-up music is not appreciated in full)

Look above in the Spanish version!

Warning: Graphic design is not my passion. Therefore the weakest point of my hack is the original sprites and tiles, which are, to be honest, really really ugly (basically they are Frankensteins from official graphics, I tried hard but the talent is not there to follow). Contributions of First-generation-style sprites from the Orange League trainers and improvements to the original tiles are welcome.

- The town map is not fully implemented yet and the locations are displaced.

- Missingno freezes the game in combat (knows a superglitch attack), and note that it no longer multiplies the sixth item of the backpack. Anyway, it can't be found unless you really look for it.

- The Pokédex is still in English.

- The pret team for making the disassemblies possible.

NobodySociety: Add darkness to other maps.

The skeetendo forum: Compilation of past experiences and troubleshooting.

You: For taking your time to play this. Double thanks if you comment on your criticism and report bugs!
Última edición: 19 Nov 2020
M