​
PLOT
Kanto. Some years after the Hoenn storyline.
Have you ever wondered how a country would look like after hurricanes, earthquakes, volcanic eruptions and seaquakes?
This ROM hack brings you back to the first Pokémon region, but with a new twist: Everything described above has already happened, because of the mess Maxie and Archie did in Hoenn. Yup, shit is bound to happen when you mess with the two continental Pokémons to terraform the planet...
Follow an all-new experience set in a never before seen Kanto. Experience the untold story of a young trainer who's beginning his first grand adventure. But...
Something's wrong.
You'll meet people whose purpose is not to steal Pokémon or make money, nor do they use their Pokémons to change the climate or anything else. They... Don't use their Pokémons at all!
Maybe their scheme is something beyond your comprehension. Maybe something has left them disappointed and has made them willing to fight... Who? Or what?
Will those people get their revenge?
Venture across this messed up Kanto, bigger but also more mysterious. Join the Protagonist along his journey, debunk conspiracies and become the very best, or... Die trying.


INFOS:​
WHY A BETA RELEASE AND WHAT IS ITS CURRENT STATUS?
This beta contains a minimum of five/six hours of gameplay (probably more), so we decided it was a good starting point to show the game to ROM hack enthusiasts and see how it's received among the audience.
With a bare minimum of five hours of gameplay, but probably more if you try to experience all the optional content the game offers, the beta it's currently a good indicator of how the game will play out in the future.
We have also used this release as a beta testing program, so that we could fix bugs and glitches people found on their playthoughs.

WHAT THE GAME LOOKS LIKE AT THE MOMENT?
With the current release (1.5), we are proud to announce that the game is completely playable with barely any bug across the adventure.
Just a sidenote for those who may have not noticed while reading: The game is NOT a remake, nor will it ever be one. Drab Conspiracy is a completely original adventure set in a Kanto built from the scratches, completely overhauled and with little similarities to the original region. We are not even using Fire Red, we're working on Ruby, so trust me when I tell you you won't find even a line of text from the original games.

WHAT SETS OUR GAME APART FROM OTHER ROM HACKS?
The maps are so big they could almost be considered "open world", and they are filled with optional content players can choose to experience or bypass altogether.
Everywhere in the game are hidden items, quests, and sometimes even branching paths in the story. Will you help the lab's assistant or act as a frightened child? I'm not going to tell you how to live your adventure, but be aware: certain actions could have consequences...
This doesn't mean our game is a sandbox experience, because it's not. It's a single player, story-driven game, and the plot takes a huge part on the adventure. But we wanted the adventure to be YOUR adventure, and so we've filled the game with content so that the player can choose how to live his own, personal experience.

HOW LONG WILL IT TAKE FOR THE FINISHED PRODUCT TO BE RELEASED?
We don't have a release date to share at the moment. This is not a job, this is a fanmade project we work on during our free time. We hope to release the second beta during 2019 holidays, but of course it's still just a placeholder date.

OUR STORY
our journey has begun way back on September 2 2015, as a Joke between myself, the founder (IvanFGK), and my friend Stygian. From there onwards, the most skilled among the italian ROM hacking community have gathered and participated in the development of the game.
After a long hiatus in 2017, the development resumed during summer 2018, when most of the game have been shaped and the first beta released.
It was a somewhat buggy release, and it would take six months for the game to be released in the current, definitive form (v1.5), with bugfixes and new content (two new maps, an old map completely redesigned, new events and gameplay balances).
We consider ourselves skilled in what we do, but we've never worked on a project of this caliber - a game with new graphics, settings and original story and characters. As the founder, I'm proud of the work of everyone who has worked with me and all the support they have given me during these years. 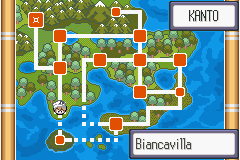 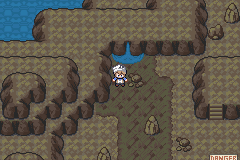 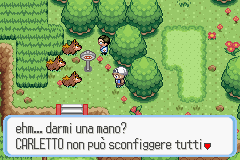 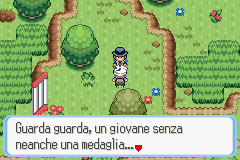 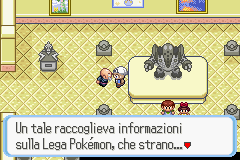 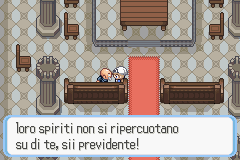 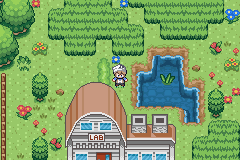 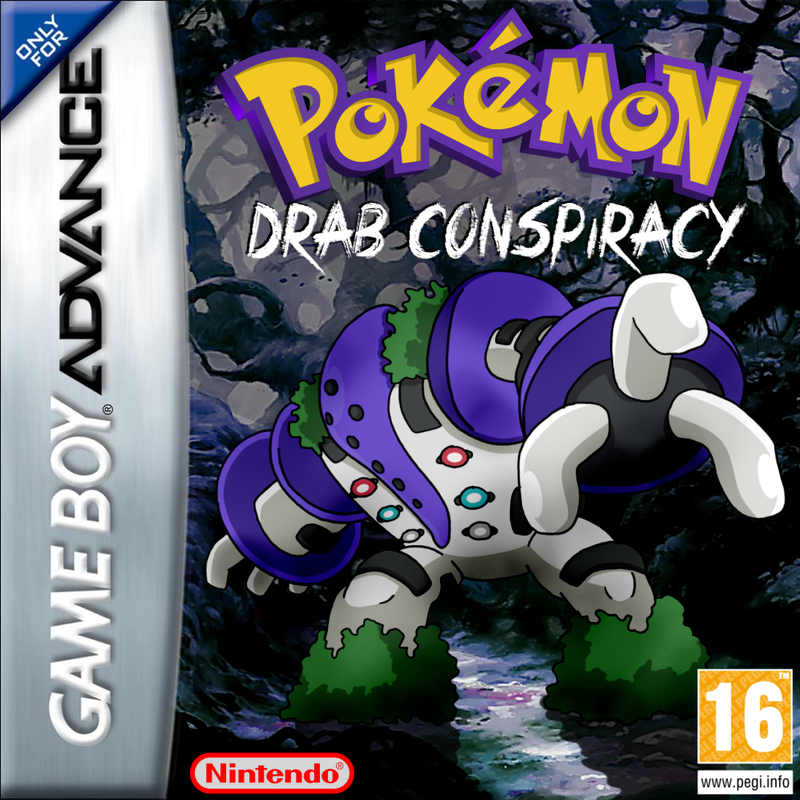 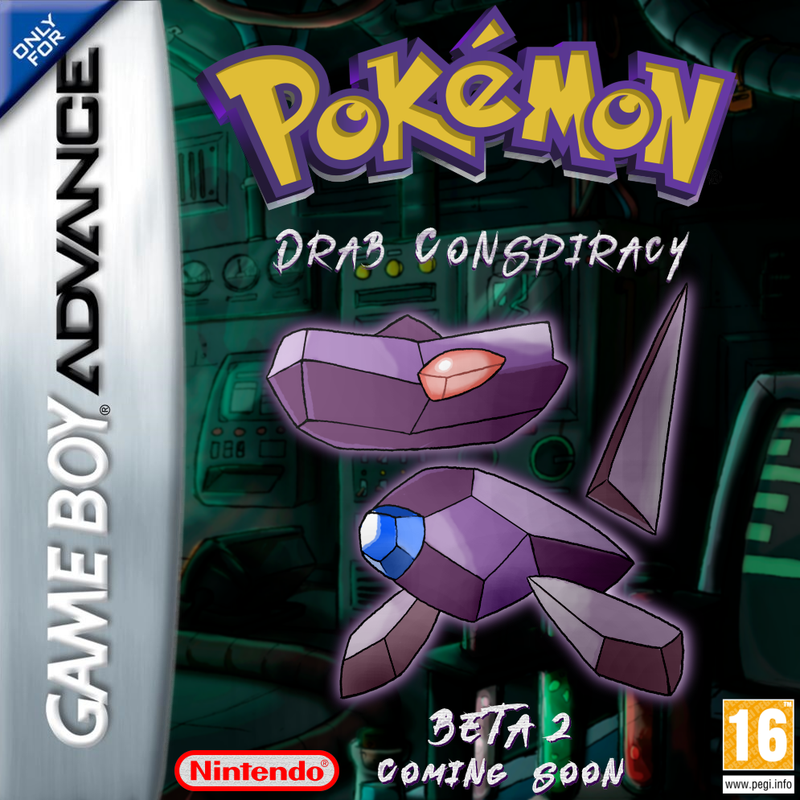 If something's wrong with the post, please tell me and I'll fix it. :lovelon:
Última edición: 19 Jun 2019
M

¡¡IT IS NOT A REMAKE TO HAVE THAT IN ACCOUNT!!

If the story is developed in KANTO, after some scratches, some "nice" changes are found, I have not played the 'Beta' yet, but I already download it, I'll see how the story unfolds and I'll take into account what's going on 'Open world', to see how the 'Events' unfold.

The graphics are fine, I do not call much 'the way of the city, in the fourth image', and a little more natural environment in the routes, the rest I like.
E

Eheheh Thanks!! Look any maps... are huge (like ad open world)

Yes of course! :lovelon:
If you need an help for any phrases, please send me a pvt message; there is a lot of "common saying" or "quote" :v

You translate in English or Spanish?
M

I have not played the game too much, but I come to give my points of view.

I guess everything, I rely on the taste of the 'minisprite', the protagonist is very high on the front and back, and it becomes weird at the time of movement, is not the place hot ?.

Second, some events are there more or less, in the 'Event' to deliver the object to the school, at the time of leaving we are approached "Kyon", I think that was the name, we have to make a movement so that activate the 'Event', also when it is removed, it crosses the lamppost.

Third, the graphics are fine, do not be so changed the 'minisprite' of the NPC, but that last, the graphics of nature are fine, although you must add a little more naturally, since the town looks a bit empty , the map if it is big as you said and I take it normal. As the project was barely resumed, I do not know if those things are changing, since all Rom Hacking, must start playing his own game you must at once. I'll keep seeing what else I find.

The 'Event' of the fight when you receive your Pokémon, is well done. Do not separate houses so much.

E2VaN dijo:
Yes of course! :lovelon:
If you need an help for any phrases, please send me a pvt message; there is a lot of "common saying" or "quote" :v

You translate in English or Spanish?
Hacer clic para expandir...

Into Spanish, thank you.
E

There are a lot of interesting things here, the altered Pokémon, the dialogue options or how to tackle situations... I feel this will be the main appealing of the game.

For the story, I will need to ask why choose Kanto. Is kind of far away from Hoenn, wouldn't be more logical to put the story in Hoenn, the main affected region? Or Sinnoh, that is just next to this one.

Will try to play your Beta in the following days, just wanted to make this questions before starting.

Your life, your fate.

Hello E2vAn, I take that I have written for the MPB commenting your post. Start commenting on the good, and that has made Kanto feel very different in his game, maps are nice, but the direction of the tall grass that with Andrea, reduce it a little. Something that has given me a lot of time has been very easy to capture, as well as to use it in my case, in this case, in the case that it is very low, and to use the safari balls. In general, the game could promise, as long as a revision is made in the curve of the difficulty, which is like the foam in a blink of an eye, in the event that it is.
Hay que estar conectado o registrado para responder aquí.
Compartir:
Facebook Twitter Reddit Pinterest Tumblr WhatsApp Email Enlace
Arriba