Today I will teach you how to set up and apply a various mechanical update on your Emerald rom hack.

In the post above you will see what this Engine updates in your rom hack, plus other cool mechanics that it will insert.
Now yes we will start the tutorial. After downloading the file above, extract it from that same folder where the Pokémon and Items Expansion folder is. My folder is organized like this:

I decided to organize it like this because it is the best possible sequence to apply the contents in your rom hack. So the risk of bugs is reduced, in addition to the ease of configuring everything.

Now that the folder has been extracted, your rom hack.
Remember your rom hack with Pokemon and expanded items? So we'll need it and its .ini.
Move your rom(test.gba) and your .ini(test.ini) into this extracted folder.
Now what you will have to do is rename your rom from test.gba to bpee0.gba, and your .ini from test.ini to roms.ini.
It should look more or less like this: 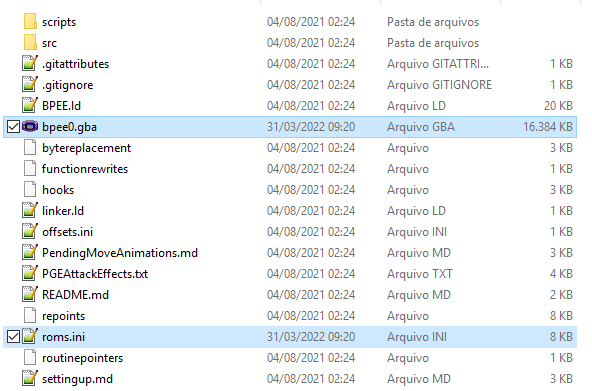 Now go to the "src" folder and then open the config.h file with Notepad++.

//form indexes: In this part here you will define the index number where each of your Pokémon is. For example:

I don't think I have much to explain in this part, the example above exemplifies it well.

The configuration at the bottom is not necessary to edit because there it defines the place where the icon will be in
the HP Box of Mega Evolution, Primal Form and Wish Evolution.

Now that you've configured everything just press CTRL + S on the config.h file and then just close it.

Now go to the scripts folder and then open the "make.py" file in Notepad++.

All options will be marked with "False", change to "True" in all of them.

After downloading it, just move it into the folder extracted from the Engine. So: 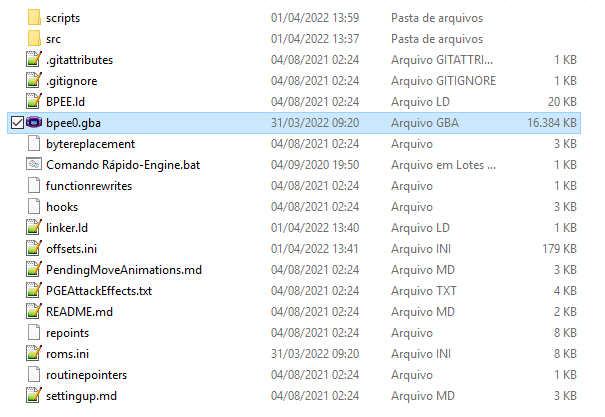 Now, with everything done, just double-click the Quick Command and wait a few seconds for the compilation to finish. Wait as it will take a while.
At the end, a new rom and .ini will be generated with the Engine applied. Just remembering that this new rom has the Pokémon Expansion, Item Expansion and now has the Engine applied. 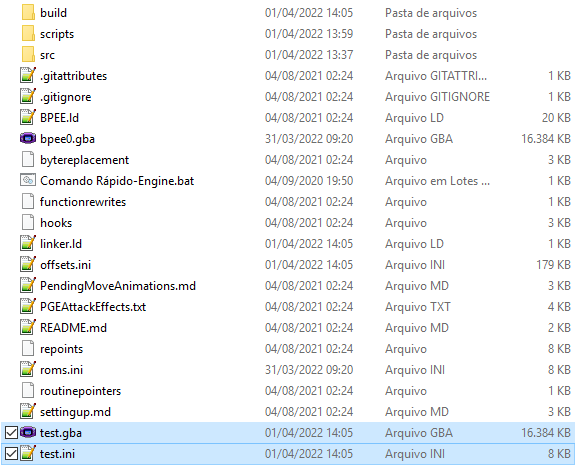 And it still has the new test.ini compatible with all the edits made to the rom so far.

Now just open the rom on the PGE and check all the new moves, abilities, etc.
Also be sure to check out the other mechanics added in your rom hack.
Soon I will bring more tutorials regarding the contents of the Engine for you to use and abuse.

That's it for now, see you later.